The Irish in Islington 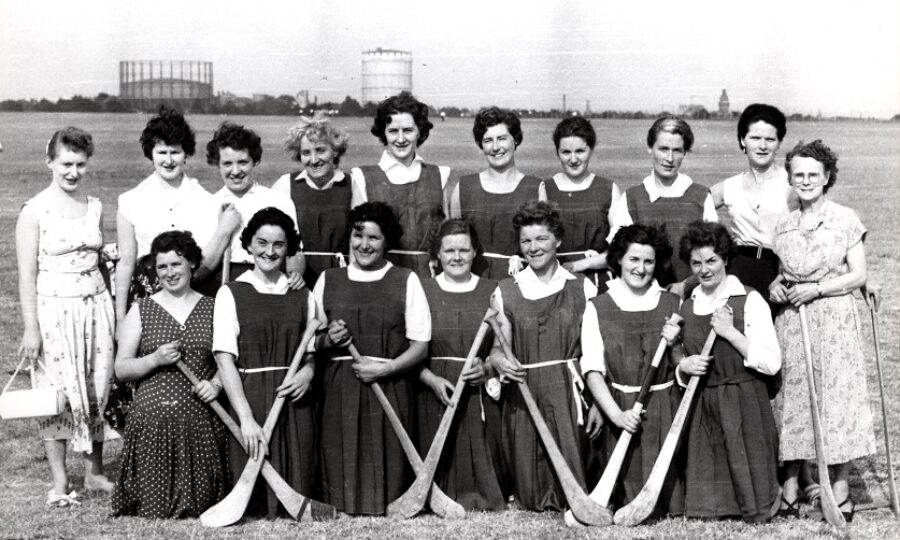 The arrival of the Irish into Islington began in the 1700s, mainly as agricultural labourers. The early part of the 19th Century attracted large numbers of Irish migrants, drawn by London’s rapid economic growth. This increased when many from Ireland fled the effects of the Irish potato famine during the 1840s. 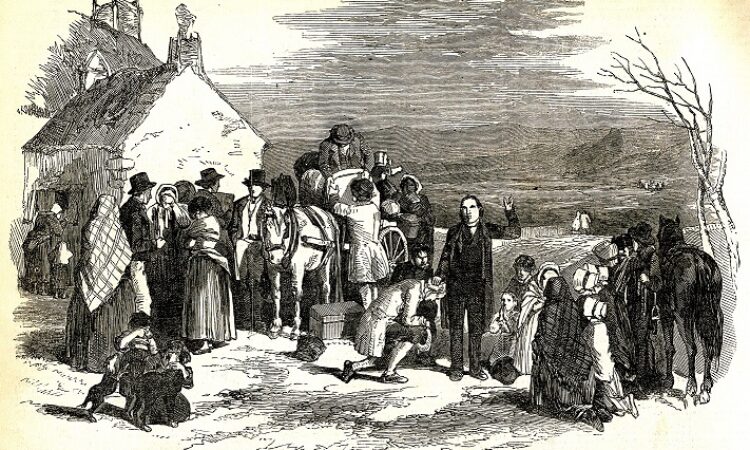 By 1851 there were over 6000 Irish people in Islington and Finsbury. Many found work in domestic service, in the construction business and as navigators or ‘navvies’ building canals, railways and roads; laid out in 2017, Navigator Square in Archway pays tribute to the navvies. 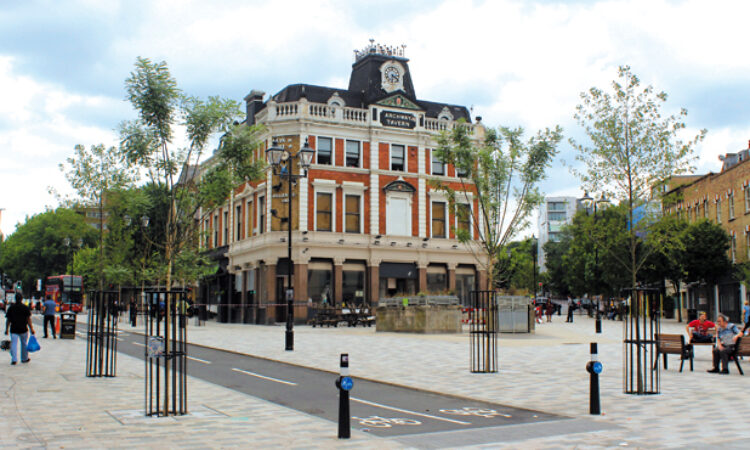 Navigator Square, Archway, 2017. The square’s name recalls the ‘navvies’ who built canals and railways across Britain, many of whom were 19th-century Irish emigrants.

Many of Islington’s Irish settled around the Angel and City Road, Archway and Upper Holloway, often experiencing poor and overcrowded living conditions. Although most Irish shared much of the poverty and deprivation of the English working class, they suffered considerable animosity on the basis that they were undercutting wages and taking jobs and houses; they were also attacked for opening the door to Roman Catholicism. 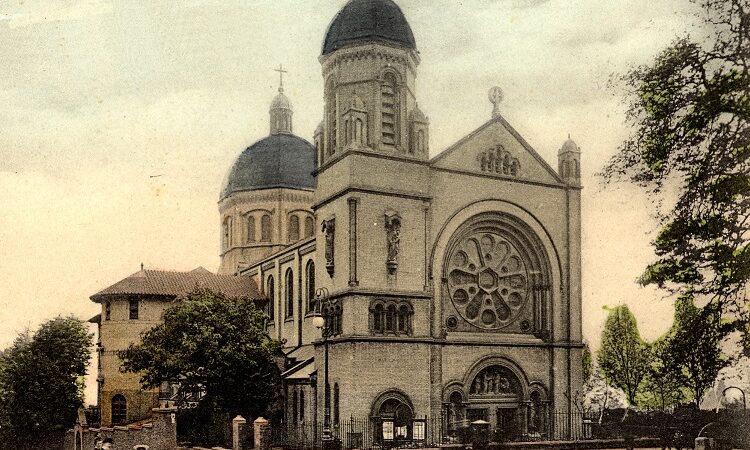 St Joseph’s Roman Catholic Church on Highgate Hill, c. 1900. It was a focal point for the social and spiritual life of the area’s Irish community during the late-19th Century.

In 1858 the Passionist Fathers founded St Joseph’s Roman Catholic Church on Highgate Hill. It became the focal point for the social and spiritual life of the Archway and Upper Holloway Irish. The church set up a school for poor children and, by 1872, it had registered 275 pupils. Other Catholic churches in Islington were also noted for their Irish worshippers, including St John the Evangelist in Duncan Terrace and St Peter and St Paul in Amwell Street. The Irish settlers were to gradually gain acceptance from the other Islington residents, partly due to the large number of Anglo-Irish marriages.

Politically, the North Islington Liberal Party supported the movement for Home Rule in Ireland towards the end of the 19th Century and, in consequence, the local Irish community organised themselves to vote Liberal.

Large numbers of Irish came to England during the First World War (1914-18) to join the armed forces or to work in factories, mines and agriculture. However, by 1921, Islington’s Irish-born population was in decline. It was not until the 1950s that there was a major increase in Irish migration, when over one million Irish people travelled ‘across the water’ in search of a better life in Britain.

Following the Second World War (1939-45) the British economy boomed and a new wave of Irish migrants arrived in Islington, especially to Archway and Holloway.

Almost unlimited work was available in the construction industry and the new National Health Service was to depend heavily on young Irish women; at times, over 85% of the Whittington Hospital’s nursing staff were Irish. In the decade between 1951 and 1961 the Irish-born population of the borough doubled to a record 15,473. 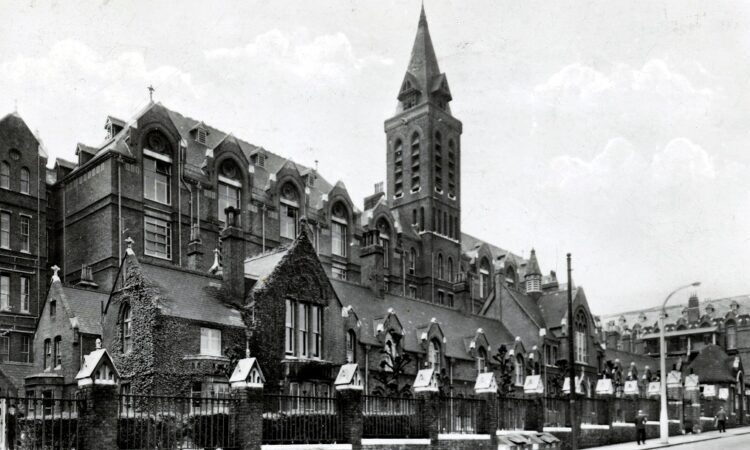 Archway wing of the Whittington Hospital, 1957. Many Irish nurses were employed at the hospital during the 1950s and 1960s.

Irish migration to England decreased as the post-war ‘boom’ declined. The London Irish also began to move to the suburbs and, by 1971, the Irish-born in Islington were in decline. In spite of this, Islington North had the sixth-highest percentage of any British parliamentary constituency outside Northern Ireland.

The local MP was County Clare-born Michael O’Halloran, elected in 1969. During the 1970s and 1980s Irish politics were ever present. Anti-Irish sentiment and hostility was experienced in reaction to the Troubles in Northern Ireland and the IRA bombing campaign in the capital. 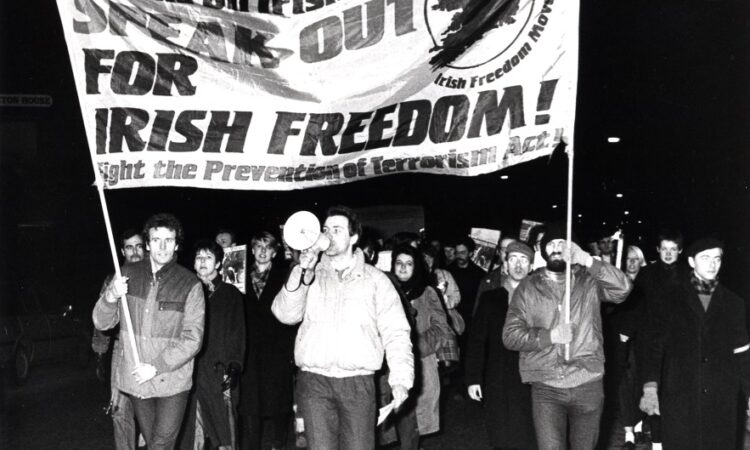 A protest march in St John’s Way, Archway, 1984, campaigning against the latest Prevention of Terrorism Act, and its use during the Troubles in Northern Ireland.

Ireland suffered a new economic decline in the 1980s, resulting in a new wave of migrants to Britain. These were well qualified and represented a wide range of professions, and many of these settled in Islington. The Irish in Islington project, set up in 1983, then estimated that one in five Islington residents was either born in Ireland or had Irish parents. The most recent generation of Irish migrants began to arrive in London in 2008 following the collapse of the ‘Celtic Tiger’ economy. 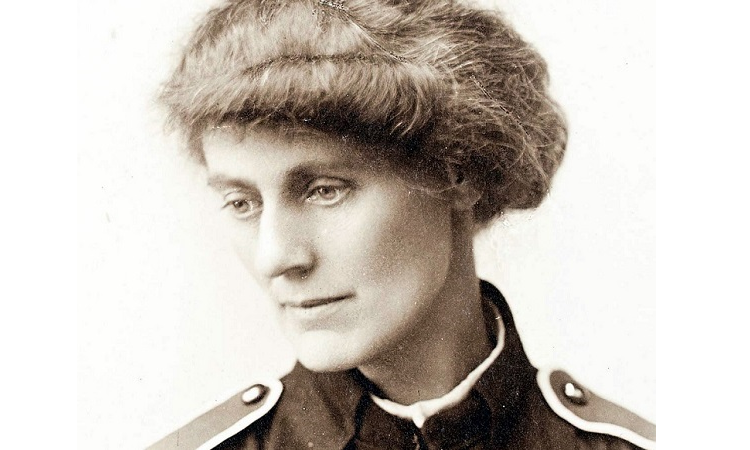 Countess Constance Markievicz (1868-1927) was an Irish nationalist politician and suffragette. In 1918 Markievicz was incarcerated in Holloway Prison when she became the first woman elected to the British House of Commons.

With an increasing population from the 1950s, members of Islington’s Irish community would come together in large numbers to enjoy their culture and heritage.

Irish dancing schools were set up and dancehalls provided space where young Irish people could socialise and exchange news from home, such as the Gresham Ballroom in Upper Holloway. Live Irish music was played in pubs in north Islington. Among these venues were the Favourite and the Victoria in Holloway, where musicians regularly performed traditional Irish music. The Archway Tavern was another well-known location for Irish music and bands.

The ‘old’ and ‘new’ Favourite pub, Queensland Road, Holloway, 1973. It was a very popular venue in which to experience tradition Irish music.

The former Green Ink bookshop in Archway showcased Irish literature and creative writing and, in 1986, the Irish Studies Centre opened at the Polytechnic of North London (now

London Metropolitan University) to promote Irish culture and the Irish in Britain as academic subjects. The London Irish Centre, established in 1955 off Camden Road, was an important organisation for new arrivals. Today, it continues to support the Irish community in London, as well as promoting Irish arts and culture. And, in neighbouring Stoke Newington, the London Irish Women’s Centre was established in 1983 to offer advice, information and counselling. 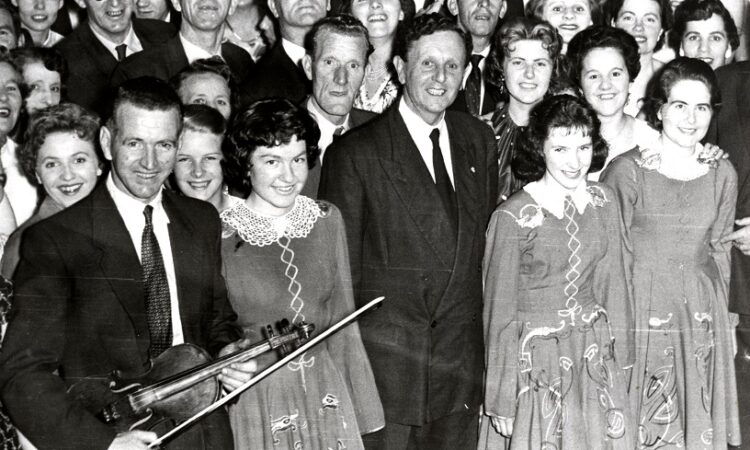 Waterford-born Jimmy Power (left) was one of London’s well-known Irish fiddle players. He was a popular attraction at Irish pubs in Islington, including the Favourite, the Cock and the Victoria. [Image: Paddy Fahey Collection, Brent Museum and Archives]

In 2011 approximately 3% of Islington’s population, or just over 5500 people, were Irish-born. However, nearly 7000 residents possessed Irish passports; this figure may have risen in recent years. The Irish are the largest migrant population in the borough and Islington has the second highest proportion of Irish people in the country, behind the London Borough of Brent. It is estimated that as many as six million people living in (Great) Britain have at least one Irish grandparent, around 10% of the total population.

The Irish community in Islington continues to make a significant contribution in the medical profession, commerce, the arts, construction, local government, politics and the trade union movement, while also enriching a multi-cultural society through its unique culture and heritage.

For more information about the Irish in Islington contact: