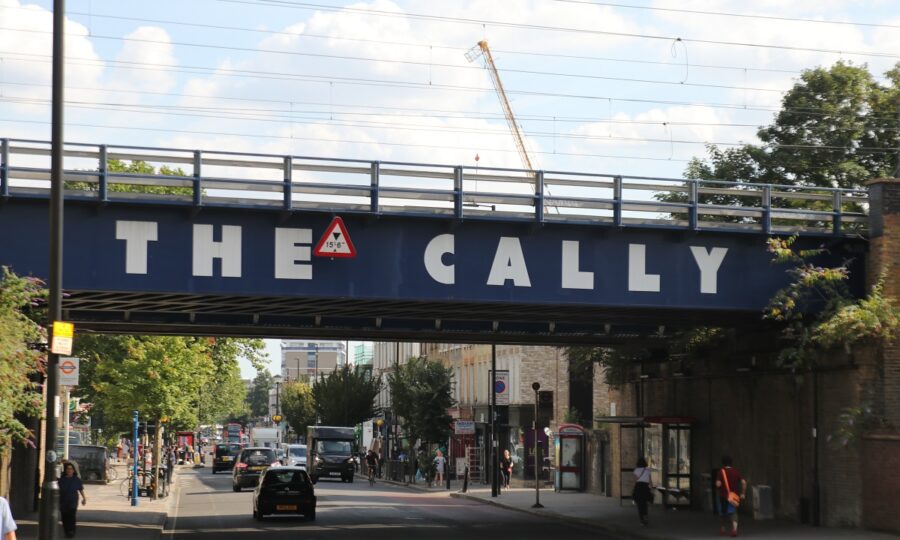 Caledonian Road, more locally known as “The Cally”, stretches from Holloway Road in the north to King’s Cross in the South and, at its centre, is the Cally bridge, an iconic and much-loved focal point for the area that dates back to 1852.

Caledonian Road opened in 1826 to link King’s Cross with Holloway Road to provide a new route to the centre of London. Originally known as Chalk Road, its name was changed after the Royal Caledonian Asylum opened in 1828 for the orphans of Scottish soldiers killed in the Napoleonic Wars.

To the west is Caledonian Park, which has been a playground, sports field, meeting point (including for the Tolpuddle March), cattle market and is home to the recently renovated Cally Clock Tower which has one of the best views in London.

Traditionally, the Cally is transformed once a year into the biggest annual festival in Islington with nearly 10,000 people descending on to the street enjoying the food stalls, music and local wares. The essence of the area is truly summed up whilst bringing the community, businesses and visitors together to celebrate all that is good and great about the Cally.

The Cally has distinct communities and an extraordinary past and is now the focus of the ‘We are Cally’ programme, a £1.6million project to create new opportunities, improve local facilities and unlock the potential in the Cally area for thousands of residents.

It includes the We are Cally Residents Grant scheme which is a small grants scheme for local people to help the Cally area be an even better place to work, play and live in.

Islington Council have also recently completed consulting on improvements to the Jean Stokes Community Centre, creating an employment hub in the West Library and improvements to Bingfield Park. You can also read our blog about designing the new Youth Employment Hub for West Library

What’s happening in the local community?

We are Cally Resident Grants

Discover more about the Cally

Sign-up for the We are Cally Update for regular stories from the Cally. Simply enter your email and tick the ‘We are Cally’ newsletter.