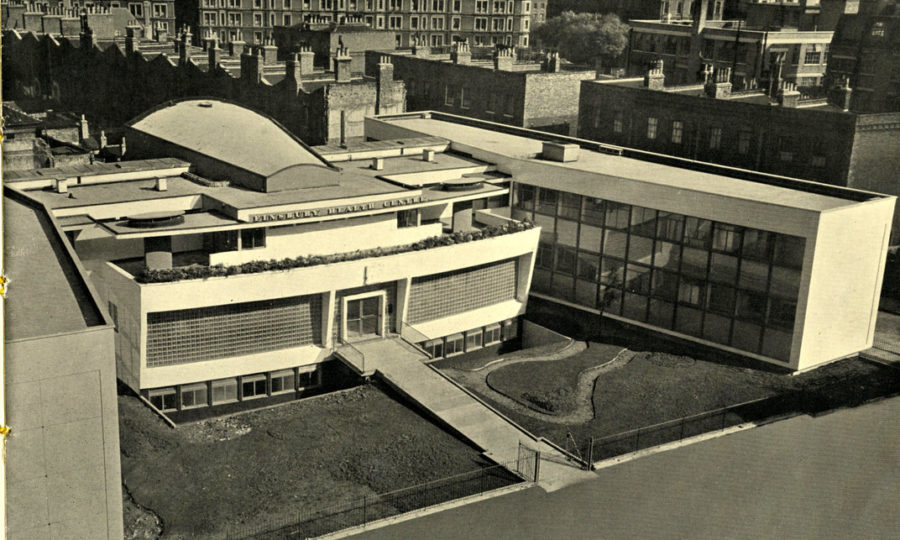 The Finsbury Health Centre was opened in October 1938 and was hailed as setting “new standards in modernist architecture and in public health in Britain” *. The building was commissioned by Finsbury Council, before the local authority merged with Islington Council later in the century. 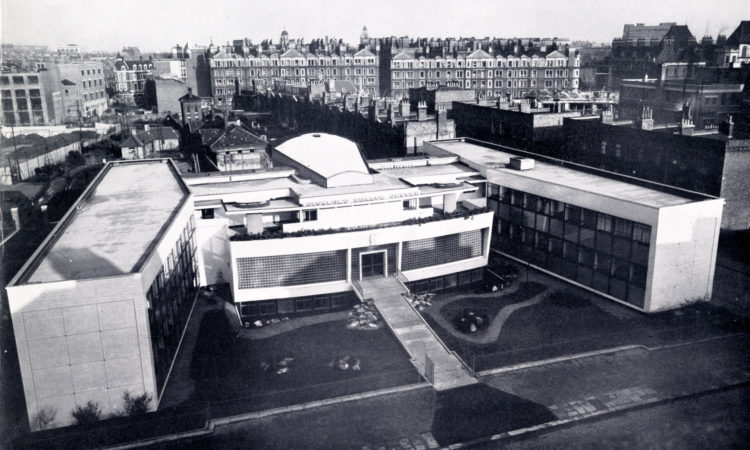 “Nothing is too good for ordinary people” was architect Berthold Lubetkin’s famous principle when designing the building. It offered free, progressive medical services ten years before the founding of the National Health Service. The Centre remains one of the best examples of modernist architecture in London.

Now known as the Clerkenwell Medical Practice, the Centre continues to provide medical services for local residents and beyond.

Close by is the Spa Green Estate which opened in 1949, also designed by Lubetkin and his modernist architectural practice, Tecton. Revolutionary for its time, the building was built with concrete egg crate box frames, an early version of modular building, and had central heating, fitted kitchens and sound insulation.

Both the homes and the medical practice were built to tackle poverty in the area and the effects of poverty on people’s health.