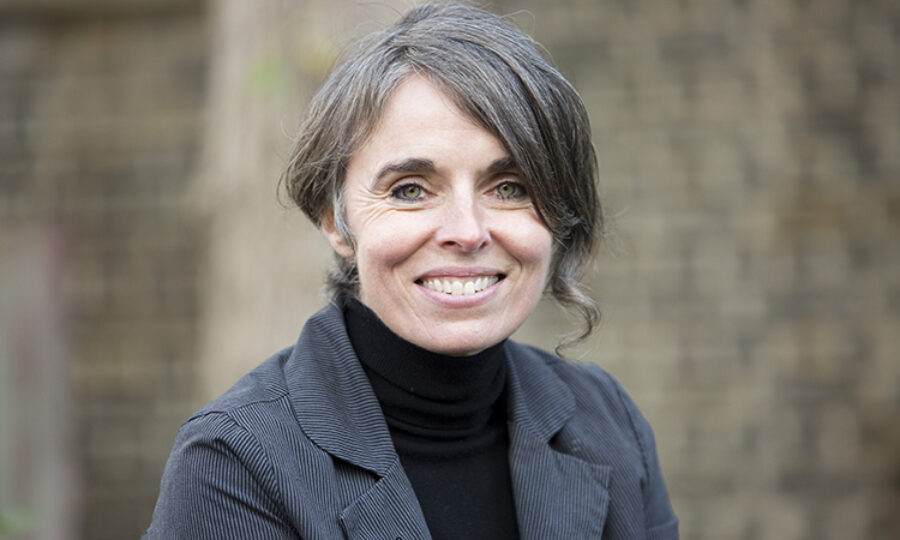 Elizabeth House has been on what is now known as Hurlock Street for more than a century. After the outbreak of Covid-19 last year, the community centre began delivering food to local residents – a lifeline for many who had to isolate or were in a difficult financial situation. As restrictions eased, with the help of Islington Council, they’ve since turned the service into a food hub, where residents can pick up produce or have a slice of cake and a chat. Islington Life pays a visit

Nathalie, director
I am the director of the charity Highbury Vale Blackstock Trust, which manages and owns the Elizabeth House building. It’s a very typical multi-purpose community centre. We have an after school club, a youth club, a holiday play scheme. We always have health and wellbeing activities. We do IT training, language classes, dance classes, some of which are run by us and some of which are run by others who use the space.

The food hub was launched in January 2020, but it wasn’t about food support originally, it was more about using food as a way to connect people in the community. They could come and learn cooking skills, for example, then have a sit down meal. When the first lockdown began we started distributing food, mainly because we knew some of our lunch club members had to shield or were quite isolated. We contacted the local Highbury Mutual Aid Group, as well as the Felix Project and City Harvest, who were able to give us surplus food. In the space of four weeks, we went from supporting 30 residents to around 350. Within a month we had 100 volunteers, which was amazing. They made it all possible.

The hub started to become more for people experiencing food insecurity rather than isolating and when there were fewer restrictions, people started coming to do their own shop. We try to prioritise fresh produce, but the residents we support have a really wide range of needs. Some people only have a microwave at home, which is why we still have a lot of tins. We’ve started doing weekly befriending calls, whereby our community organisers ask people what they do and don’t want, any allergies or dietary requirements.

Since April we’ve moved to a co-operative model. We ask residents to contribute if they can, either financially by up to three pounds a week or by helping at the food hub – partly because we have a lot less funding, but it also gives people an opportunity to contribute, which can give them more pride.

It’s been incredible for us as a charity to be able to connect with people we weren’t able to reach before. It’s been life-changing for many residents, but also for us. Residents are coming to get food, but they can stay afterwards, meet their neighbours, have a slice of cake and a cup of tea, chat with the volunteers and each other.

It’s a social hub. That’s what it’s all about: we’re not just giving people food, we are making connections. 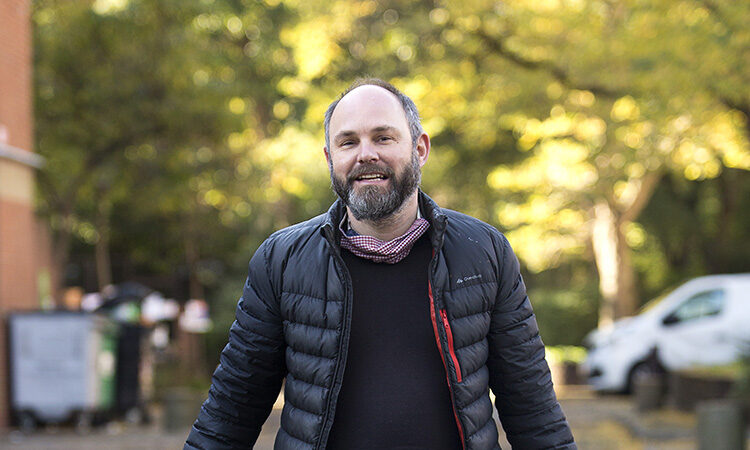 Tony, volunteer delivery driver
I’m good friends with Nathalie and my partner’s even better friends, as they have a relationship through our children, so I just drifted into it really. It feels like a job now – it’s a commitment.

I have the same route every week, kind of like a paper round! So I see the same people all the time and I know them now. I’m very good friends with one of them, a nice Irish guy. I always stop and have a chat. He’s housebound, almost, because his health isn’t great, so he doesn’t see many people. He’s young too, perhaps early fifties – most of the time they’re older people, but we do get middle-aged as well as young people too. There’s one young mother who has been on my delivery route for a long time.

The idea was for people to start coming here, but there are always going to be people who count on me, so I will carry on as long as I need to. 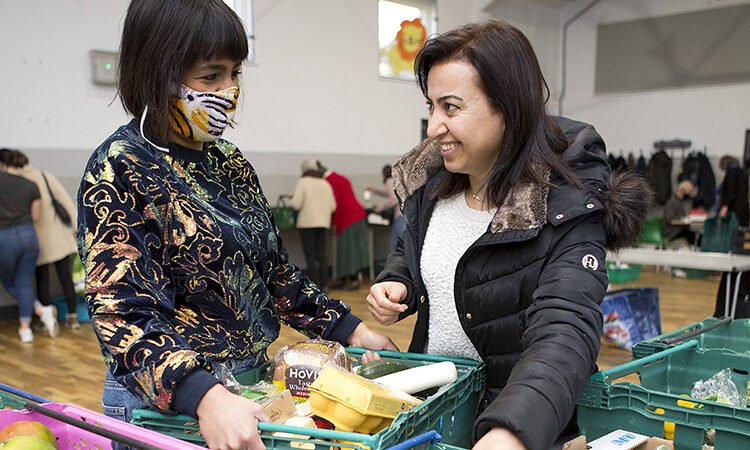 Roshni, community co-ordinator
I’ve been working for Elizabeth House for almost a year now. Much of my time is dedicated to co-ordinating the food hub: I manage the deliveries, donations, the volunteer schedule and the general running of it every week. The team of community organisers are responsible for outreach – finding out what the local needs are, bringing in local talent. What we really want to do is facilitate people to provide their own community activities; to find out what people want and need from the area.

We ran a lovely event in September, a community feast. It was mainly a way to say thank you to the volunteers, because they work so incredibly hard and we couldn’t run this without them. We set up tables outside and invited them to come along, as well as residents. It was a lovely afternoon: we ate together and talked to our community.

They said they really love events like that, to socialise and get to know people better. Through the food hub we have seen relationships forming, which is so important after the last 18 months. It’s important for me and for them to feel like we’re all part of a community. It’s a relationship, they’re not just a name on a spreadsheet. 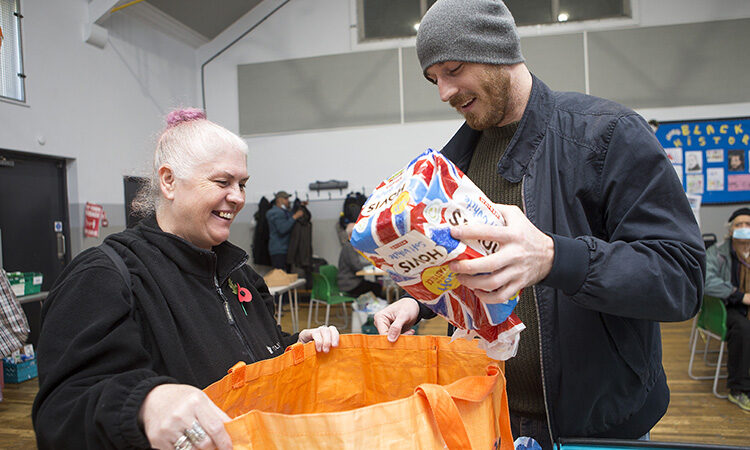 Jane*, resident
I was brought up in this area, but I didn’t go to Elizabeth House until the pandemic started and I was made redundant. They left me hanging, relying on benefits. It was tough financially – heat or eat. But it hasn’t all been doom and gloom, I have met some good people along the way.

Now the food hub is a co-operative, I can choose the things that I want. They have gluten-free options, which is good for me. Then I just buy additional bits around it. I’ve only really come to the food hub, as I’m job-hunting and it’s exhausting, but there’s lots I can tap into. They print off CVs for me!

I woke up feeling fed up this morning, but I went for a walk, came here and I feel better. For a lot of people Elizabeth House has been a lifesaver – not just the food, but emotionally. They’re very supportive, they’d do anything to help. It’s like a community.

*Not her real name