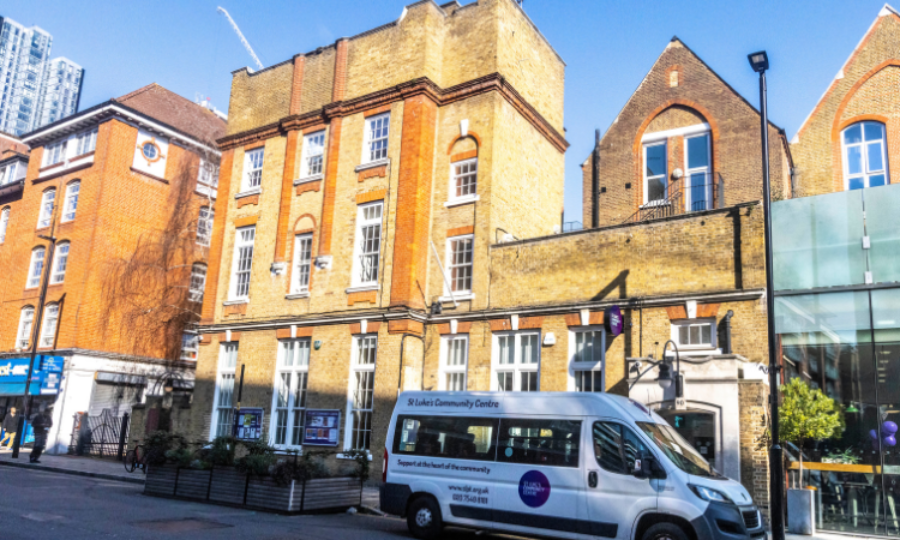 This year, St Luke’s Community Centre celebrated its 40th anniversary. Former trustee Joe Trotter, who was there on the opening day, and Lisa Burrell, communications manager at the centre, look back over the decades and how St Luke’s has grown – yet remains at the heart of the south Islington community

Though the community centre is celebrating 40 years of service, St Luke’s has a much longer history. From as early at the 16th Century, there are records of people in Bunhill leaving a donation in their will to what was then St Luke’s Parish Trust, which paid pensions and grants to poor and vulnerable people in the area. However, in 1982 it was decided that St Luke’s would take a different approach, and it begun offering more than just financial support.

On 18 March, The Queen formally opened the doors to the new St Luke’s Community Centre. Joe Trotter, former trustee and current member of St Luke’s, remembers the excitement of the day. “People were lining the streets to see the Queen and she came to say hello to everyone. It was unbelievable,” he says. “Every pensioner’s name went into a big drum and names were pulled out at random. Everybody got a chance. Whoever they picked went to the community hall so they could say hello to the Queen.”

In its early years, the vision for St Luke’s was to offer a sense of support and community for older people. Though this is still the driving force, its scope has expanded over the years. Those aged 55 or over can visit St Luke’s every weekday for a subsidised lunch and a friendly chat, while other activities such as sewing and upcycling classes, table tennis, and free advice sessions are available to adults of all ages. There are also afterschool clubs for local children where they can explore new activities such as gardening, art, and dance. 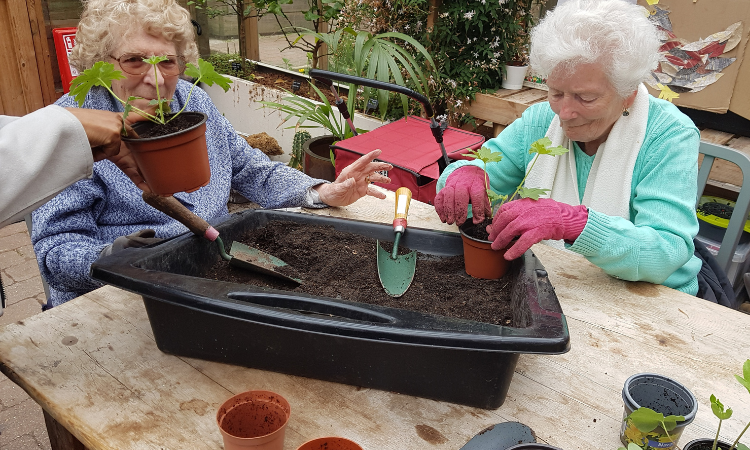 As the community centre has grown, it has also become a place for people to come together and learn about their differences, such as the multi-cultural women’s group: a safe space for women to share stories, cook food together, and offer support.

Recent events have been a cause for even more change at St Luke’s. “The pandemic changed people’s requirements, so we had to adapt,” explains communications manager Lisa Burrell. Throughout the coronavirus lockdowns, staff at St Luke’s continued to prepare lunches for the over 55s who had attended the lunch club, delivering them meals and waving through their windows. St Luke’s also launched a befriending service to chat with people who were suffering from loneliness throughout the pandemic. Their mission of creating a community and offering local support to those in need was still at the heart of their work, despite the isolation that the pandemic caused.

In 2021, St Luke’s opened a new wellbeing hub to help those struggling with their mental health. Again, this new project was reflective of the needs of local people, as staff at the centre recognised that their members needed a place to process their emotions in the aftermath of the pandemic. Local people can now join art groups and gardening and poetry sessions to deal with stress and boost their mental health.

“Our goal is always the same: to provide things to the local community that they might not otherwise have,” says Lisa. “People might be isolated or might not be able to afford the things they need. We want to help them – and that’s always the crux of what we’re doing here.”

Visit the St Luke’s website to find out more