Helping me to help others – the Living Wage 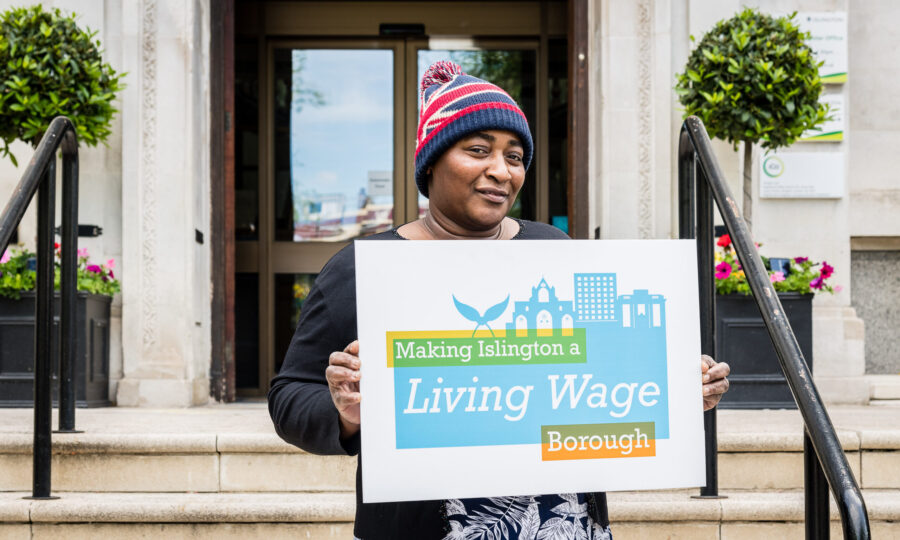 Since 2012 Islington Council, as a living wage employer, has committed to paying its staff, apprentices and contractors at least the London Living wage. This has meant better pay for many workers including cleaners, security guards, grounds staff and school caterers.

Dionne Brooks is one of Islington Council’s team, who has seen how the Living Wage has helped her and the local community.

Originally from Jamaica, Dionne moved to London in 2000, and was joined by members of her family a year later. After working as a carer for a number of years, Dionne changed careers in 2012, when she joined the facilities crew for the London 2012 Olympics, as a cleaning team leader.

“It was an amazing experience to be part of such a large team and help make sure everything ran smoothly. Everyone looked after each other and we all felt valued for the work we did.”

Dionne continued working as a cleaner across London before joining Islington Council in 2014, where she first noticed the difference the London Living wage can make.

“London is an expensive place to live and it can be difficult to make end meets, especially with a family. However, I was always brought up to work hard and so if I needed to, I’d work more than one job.

Working with the council made a huge difference to me. When you finish a day’s work and feel you’ve earned a proper wage, you want to go the extra mile and do the best you can.”

Dionne isn’t the only one to benefit from her getting paid the Living Wage. In addition to being able to send money home to her family in Jamaica, and give money to local charities, Dionne is an avid cook and regularly prepares meals and snacks for co-workers and other members of the Islington community.

“I love to cook and really want to get involved in a volunteering project where I can put my skills in the kitchen to good use for the community.”