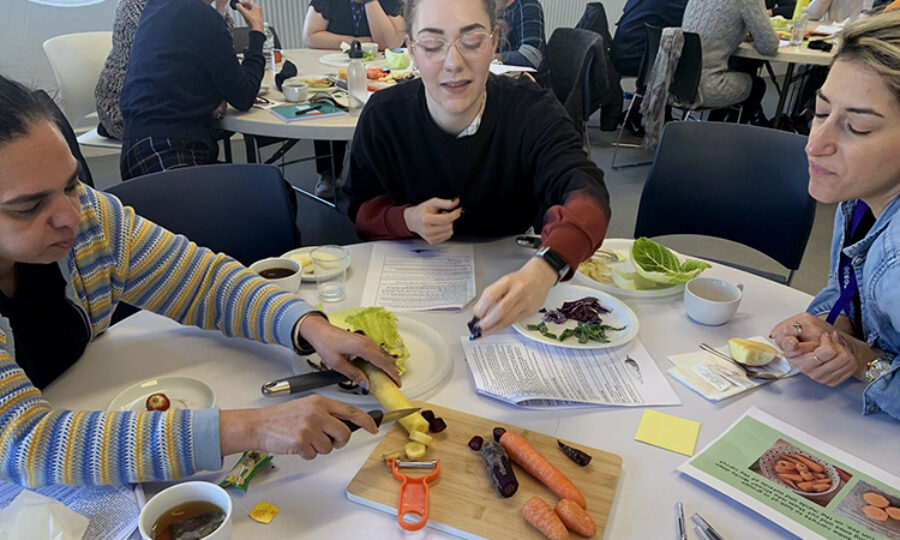 Many parents can relate to the struggle of getting children to eat their fruit and veg – have offered a reward for just trying a bit of broccoli or threatened a breakfast of peas if they’re not eaten up at dinner. For others, buying vegetables isn’t even an option, be it because they don’t want to waste money on something their child might not eat or they simply can’t afford to.

Indeed, fruit and vegetable consumption among children is a real problem in the UK. According to the NHS, in 2018 only 18 percent of children aged between five and 15 ate the recommended five-a-day.

While free school meals are available for all primary school children in Islington, more can be done to help change the way children think about food. Enter TastEd, a charity that provides ‘sensory food education’ in schools and nurseries. Its fun and unusual approach to food is popular with many children, and often making them more open to trying new fruit and vegetables – and in turn, improves their diets.

Now, it’s being rolled out across Islington, in the programme’s biggest pilot to date. We spoke to Fran Box, project manager at TastEd, to find out more

What is TastEd?
We provide training, support and resources to help schools and nurseries to get children involved in sensory food education. It’s all about making food fun, letting children explore fruit and vegetables using all their senses, rather than simply learning about healthy eating.

It was set up by food writer Bee Wilson, Jason O’ Rourke who is head teacher at Washingborough Academy and former teacher Abby Scott. It’s based on the SAPERE method of food education, which was developed in the seventies by Jacques Puisaid, who wanted to create a system of education that would help children explore and find joy in a range of foods. It developed from there into an international organisation of people who run sensory food education programmes and try to promote it. Bee and Jason found out about sensory food education through a conference and it really appealed to them, so they came back to the UK, got training in it, and Jason piloted it at his school. They set up TastEd as a charity in 2019. 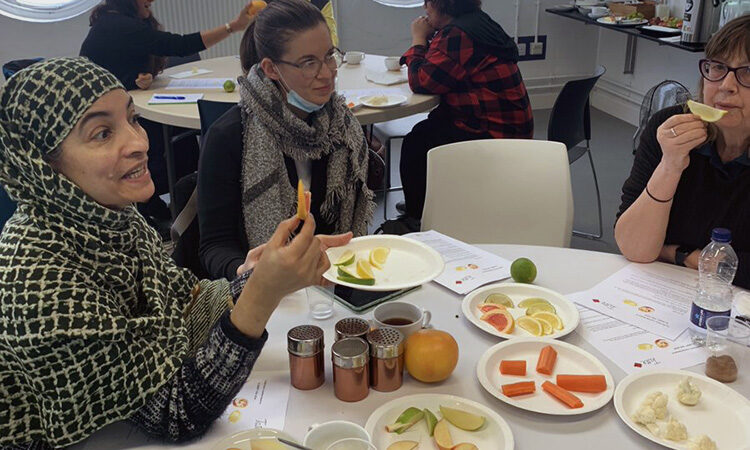 How does it work?
The TastEd programme involves at least five different lessons each year, one lesson per sense, in which children explore fruit and vegetables. The first one is ‘see’ – we always start with that because it’s the least scary for children. This might involve looking at the differences, such as different types of apples, comparing and contrasting, talking about the different things that children notice. Children can be really creative about how they describe what they see.

One of the activities kids like the most is, during our ‘touch’ lesson we put fruits and vegetables in the bottom of socks, they pop their hands in, have a little feel of what’s in there and describe  what they can feel. Often we don’t think about how food feels, yet texture plays a massive part in how children interact with eating.

The idea is that by the last lesson, the children have built up to the stage they feel comfortable trying things – they’re often super excited, because they’ve spent so much time looking at it and talking about it with their friends.

One of the things we talk about a lot is the two golden rules, which are “no one has to try” and “no one has to like”: you don’t have to try everything, you don’t have to like everything. There’s no pressure, which creates a really comfortable and open environment for children to explore. If they don’t want to try something by tasting it, they can touch it, or listen to it, or just look at it.

What are the benefits?
It often leads to children being more willing to try new foods. In a recent survey of schools who had taken part in TastEd lessons, 64 percent of children tried a new fruit or vegetable during a session, which is amazing. Children often shy away from trying vegetables. We’ve had some incredible feedback. There was a child who had been working with a dietician for a few years, but usually didn’t eat anything at school at all. Yet during a TastEd lesson they tried three different types of food. The mum couldn’t believe it. We get a lot of parents of children who are not willing to try things contact us, because it’s something that can cause a lot of stress in the home environment. So it can be hugely impactful.

We also talk a lot about where food comes from, and variety. Many children and even adults are used to the one type of carrot you see in the supermarket, for example, so it’s about introducing children to things they might not have experienced at home. 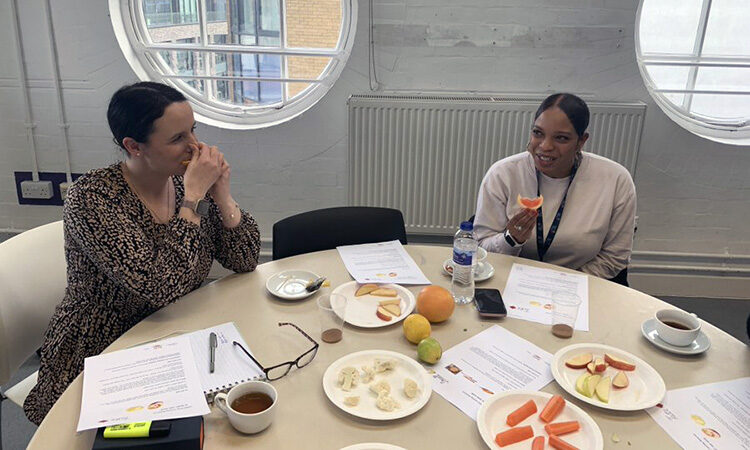 Why does it matter?
The ultimate aim is to improve children’s health. We know that in this country we are not eating enough fruit and veg, so creating a safe environment for children to try fruit and vegetables helps to address a real problem in the UK. And, of course, there’s a positive environmental impact as well.

There are also well-known links between children from lower income backgrounds and not having access to or eating enough fruit and veg, for all kinds of reasons. Islington is the sixth most deprived local authority in London, with 28 percent of children living in income deprived families, so introducing TastEd in schools here could help to make a real difference.

How does TastEd fit into the curriculum?
All primary schools in Islington are expected to provide three cooking opportunities for all pupils each year, as part of the national curriculum. TastEd will be in addition to this and can be topic based for example linked to the Tudors or the Great Fire of London. The idea is food can be part of the whole curriculum, rather than this standalone thing that happens only three times a year.

How did TastEd’s partnership with Islington Council come about?
Islington Council got in touch with us – they’d heard about the programme and wanted to run it, so we did a training session for schools and nurseries in the borough. We want to make Islington a hub, where TastEd is used throughout. We’ve got further funding to support that: as well as schools having an initial training session, where they can learn about the theory behind TastEd and have a go at running a session, we can provide fruit and veg to run sessions, extra training where needed and additional resources, that kind of thing. Other professionals have also been trained so that they can use the principles in their work with families. We will be offering parent workshops for schools and early years settings involved in TastEd. This will support families with fussy eaters to explore new foods at home.

We’ve got quite a large hub in Lincolnshire, because that’s where Washingborough the original school was, but otherwise we’ve mainly worked with individual schools, so it’s a pilot for us. It’s very exciting.