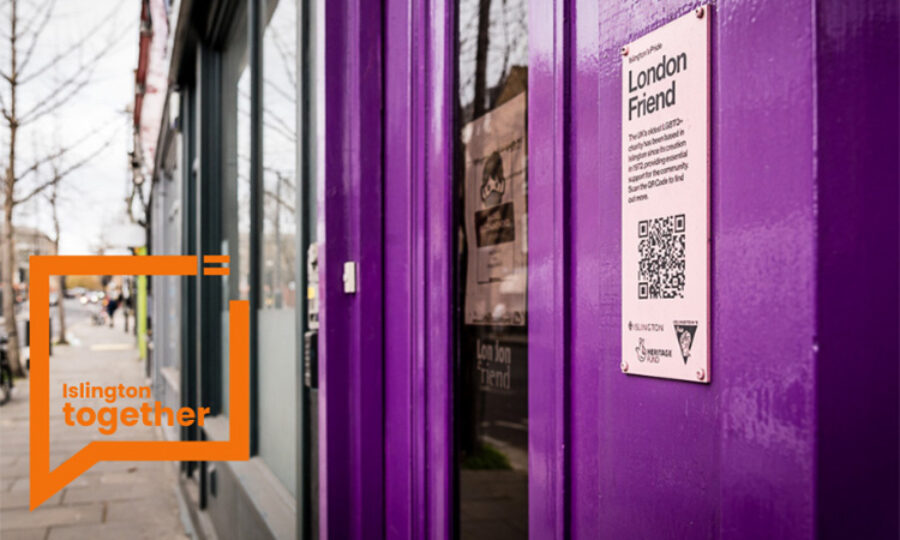 February is LGBTQ History Month and this year, we want to spotlight the pink plaques you may have spotted around the borough. Designed and installed by local heritage organisation Islington’s Pride, the plaques feature a QR code which can be scanned to find out more about a particular person or point of interest at that location, in celebration of Islington’s LGBTQ history. This time: a pioneering support service, London Friend

This year marks the 50th anniversary for London Friend, a pioneering mental health support service, and is the UK’s oldest LGBTQ charity, founded in 1972 as a befriending service by the Campaign for Homosexual Equality (CHE).

Friend is an acronym, standing for ‘Fellowship for the Relief of the Isolated and Emotionally in Need and Distress’.

London Friend remains committed to supporting LGBTQ people in all aspects of their lives, from merging with Antidote (the UK’’s only alcohol and drug support group for LGBTQ individuals) in 2003, to running regular support groups for men, women, trans and non-binary people. They also hold events for both older and younger LGBTQ people.

In 2016, London Friend won the Queen’s Award for Voluntary Service.

The plaque can be found on the outside of the London Friend building on Caledonian Road.