Points of pride: The Crown and Woolpack 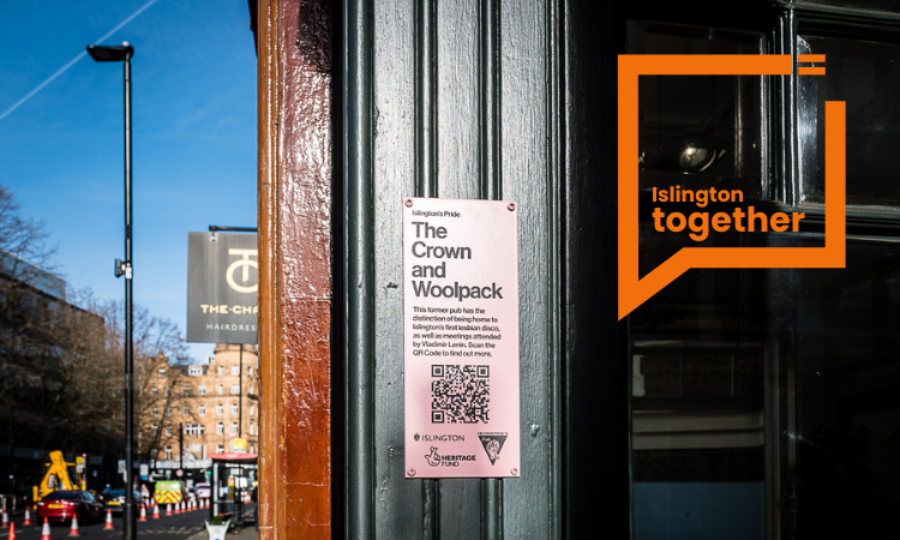 February is LGBTQ History Month and this year, we want to spotlight the pink plaques you may have spotted around the borough. Designed and installed by local heritage organisation Islington’s Pride, the plaques feature a QR code which can be scanned to find out more about a particular person or point of interest at that location, in celebration of Islington’s LGBTQ history. To give you a flavour of what to expect, throughout the month we’ll be telling the stories of the people behind the plaques in a series of articles. This time: local LGBTQ venue that has now sadly shut, The Crown and Woolpack

The Crown and Woolpack was built on St John’s Street in 1851 and remained open under various names until the 1990s. In the 1970s and 1980s, it was one of the many pubs in Islington that, while not being exclusively queer, hosted a wildly popular lesbian disco night. Author Lisa Power quotes ‘Julia J’, saying that The Crown and Woolpack disco was “the first real gay women’s pub disco”.

Apart from its LGBTQ+ history, The Crown and Woolpack’s primary claim to fame is that it was allegedly once used as a meeting space by Vladimir Lenin in the 1910s during his exile from Russia, as the meetings of the Socialist National were held there at the time.

You can go see the plaque, which is now attached to salon The Chapel at 394-396 St John Street.