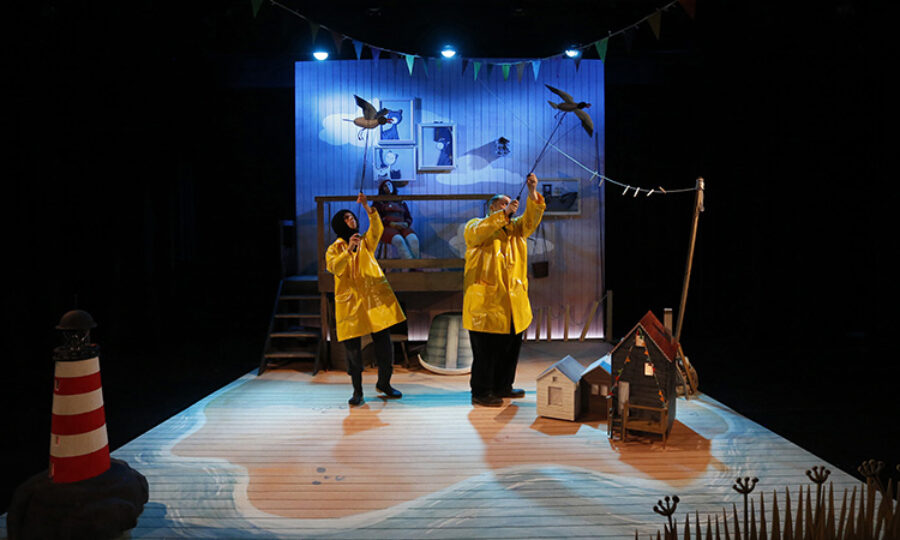 Little Angel Theatre on Dagmar Passage is known as the ‘home of British puppetry’. This year, it celebrated its 60th anniversary. Islington Life talks to artistic director Samantha Lane about the importance of accessibility, great stories and the need to train the next generation of puppeteers.

Tell me about the history of Little Angel Theatre. Has it always been in Islington?
It has. In 1961, South African puppeteer John Wright and a group of fellow puppeteers, including his wife Lyndie Wright, decided that they wanted to find a permanent stage for the work they were doing. They stumbled across this temperance hall in Islington and thought it would be the perfect spot. What was really exciting about it was, there’d been attempts at opening and running puppet theatres before, but they hadn’t lasted more than a few years. It’s great that 60 years on, John and Lyndie’s theatre has grown and evolved enormously.

How has the theatre changed over time?
The theatre was called Little Angel Marionette Theatre when it first opened, because long-string marionette puppetry was the form they created and their specialism. This means they used puppets controlled using long strings or wires, from above. When John passed away, Christopher Leith took over. He was known to the family and had worked with them for years. Christopher introduced a fourth stage, where 95 percent of our shows now happen. That enabled different forms of puppetry and opened up the types of shows we could present.

There were a few artistic directors after that, then Peter Glanville took over and started to dabble in shows for adults. When I took over in 2015, I brought it back to focus on children. We also opened up a second stage space at the Sebbon Street Community Centre. We’ve turned that into a multi-purpose space, so we have a studio there, we use it for our educational community work, rehearsals and some shows. We’ve kept things moving and I think that’s why we’re still here. 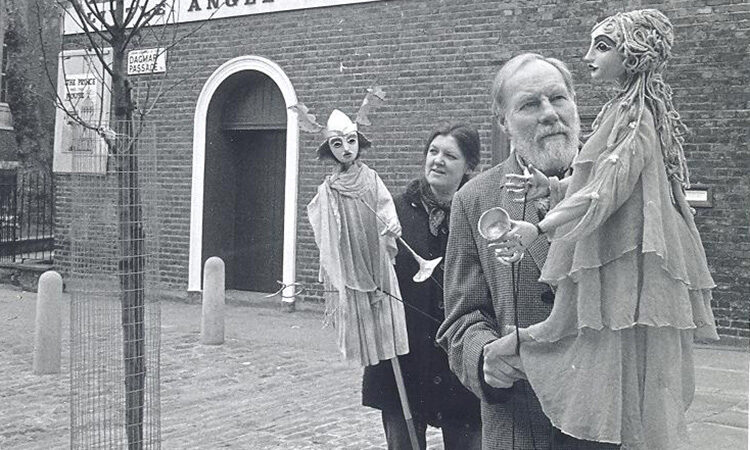 How do you continue taking things forward while respecting the tradition and history of the theatre?

The thing is, when an organisation is so steeped in history, it would be foolish to not want to honour and acknowledge that history – especially when it’s so exciting. I am always thinking, what might John have done? He really pushed the boundaries of what is possible: nobody had opened up a puppet theatre like that and run it in a permanent space in quite the same way, and he was pushing the form all of the time. That spirit of artistic innovation seeps through. That’s his legacy.

The craft of making puppets is also an artform unlike any other. It’s not like straight theatre, which is about putting on a play – yes there are design elements, but with puppetry it’s as much about the make and the puppet as it is about the performance of that puppet. It’s a really niche skillset. You need to know what you’re doing to make a puppet.

Is puppet-making a skill that’s at risk of dying out?
The popular form of puppetry at the moment is very much rod or bunraku, which is Japanese. The brilliant thing is, it’s really popular in mainstream theatre. There are many shows in the West End now that use puppets: Life of Pi, 101 Dalmatians, Fantastic Beasts – there’s so much out there, which means there’s lots of work for puppet makers and performers.

The long string marionette is much less popular and the skills you need are very different to operating a rod puppet. We tried to get some funding recently to do a big drive to save the long string marionette, because if we don’t do something about it, it will die out. That’s not true of rod puppets at all. We’re constantly looking at ways we can train and engage the next generation. At the moment we’ve got two interns working with us and we ran a partnership project with Islington Council a while ago, where we took on four trainee puppeteers and puppet-makers. So where possible we’re always looking at ways we can train and upskill. It’s really important that we keep that ability to make and perform puppets alive. 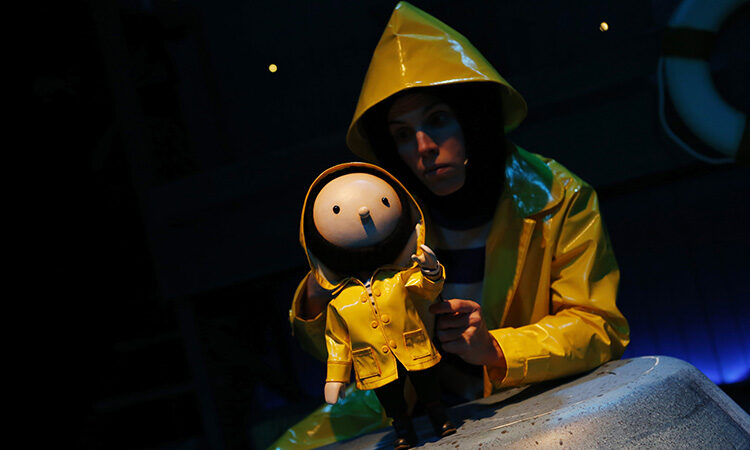 You also run a community outreach programme. Tell me about that.
We do workshops in schools all over the place, but the focus is on our eight partner schools in Islington. We run a programme whereby all of the children in each school get to come and see a show at some point over the course of a year. They also take part in workshops, we take shows into schools and run training sessions with teachers. It’s an ‘inch wide, mile deep’ philosophy: our reach is quite far in terms of our touring work and digital reach, but we really want to do some really concentrated and focused work with our local communities. We do that through our schools programme, but also through our community engagement programme.

The community engagement programme is two-pronged: we work very closely with local residents in and around Sebbon Street to deliver work with and for them, then we also partner with other community organisations to deliver projects. We’ve run projects with North London Care, Solace Women’s Aid – a lot of different organisations. Taking puppetry to people who can’t come to us is a vital part of our work. Every single child in the schools we work with will know and have some connection to Little Angel Theatre. Islington is one of those boroughs I think everyone assumes is wealthy, but actually it’s one of the most deprived boroughs, so making theatre accessible to all is really important work.

What’s really lovely is, the theatre’s got a real sense of nostalgia and community feel about it. We do get people coming in and saying, “I used to come here when I was a kid and now I bring my own children,” or “I brought my children and now I’m bringing my grandchildren”. A few years ago I was at the airport looking at the BA magazine and Paloma Faith, who grew up in Islington, said one of her earliest memories is coming to see a show at Little Angel Theatre with her school. It’s really lovely. 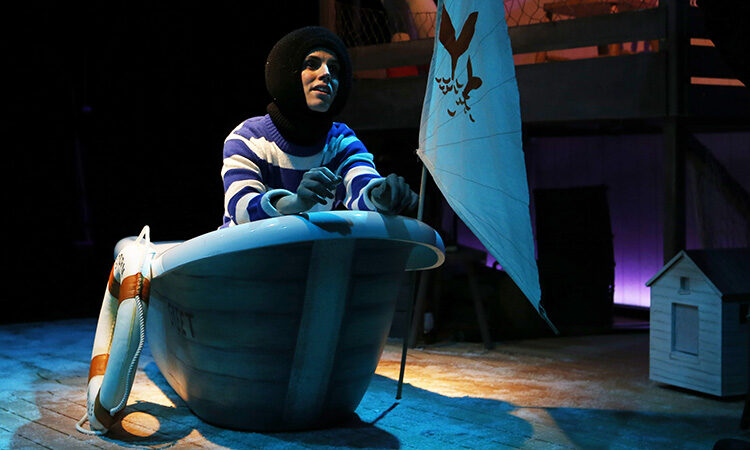 Of the shows you’ve put on, what’s been your favourite?
Some of the best shows we’ve put on are things like Prince Charming, which was about a prince who didn’t want to get out of bed because of his anxiety. It’s not necessarily trying to teach you something, it was genuinely a really great story about a prince who wouldn’t get out of bed, but it’s a starting point for conversation. There May Be A Castle, which is on at the moment, deals with bereavement. I hope it will be a springboard for conversations beyond the stage. For all that, it’s magical and fantastical. It’s a great story, full of hope.

What are your hopes for the next 60 years of the theatre?
During the pandemic, we started our digital programme Watch, Make and Share. The ethos behind that is, you can watch some content, but then there’s something you can make in relation to it. You can download a guide to help you make a puppet or some kind of craft activity, and then to share that with us and our online gallery. We live in a world of screens, so we want to look at how we can make that engagement with the screen active rather than passive. I want to continue building on that.

With the theatre and live work, it’s just really about looking at where there are opportunities to continue to A) push the form, in terms of puppetry and B) to explore themes and ideas and shows that get children thinking and engaged. For me, it’s always about the story.