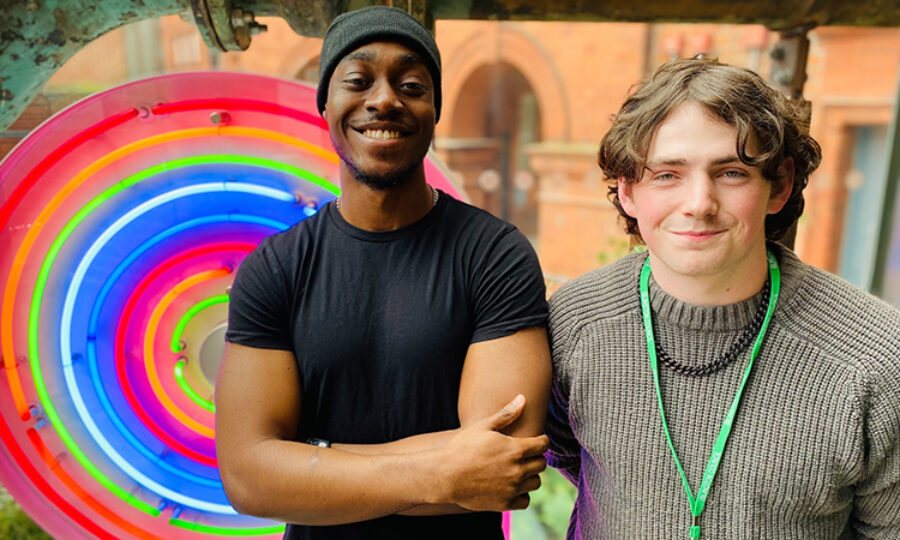 In a series of interviews, we explore Islington’s youth hubs and the vital role they play in supporting young people. This time, we talk to Young Islington locality network manager Shaff Prabatani, who’s helping to shape the next chapter of Platform

What’s your role at Platform?
Platform has gone through a lot of changes recently. There was meant to be a new partner organisation that would help run Platform but unfortunately, that fell through. So, it was decided it should be run in house, by the council. They brought me in as a youth work expert to help guide Platform during its transition period.

What sorts of activities and services does Platform offer?
Platform is an amazing space. It’s a purpose-built community arts centre, housed in an old Victorian swimming bath. It has theatres, rehearsal spaces, dressing rooms, audience studios, green rooms– it’s very drama and performance related. The purpose of Platform is to be an open access youth service for young people who want to come and chill out or talk to youth workers, but it’s also a pathway into youth arts activities.

There are lots of different arts organisations and charities which hire space and do things for their own young people. Activities are still running, for example, we have music recording studios operated by an organisation called Gain Ctrl, which has been running three nights a week. A company called Company Three also provides dance and drama sessions. We have three or four activities most days here and soon, when the new staff we’ve recruited are in post, we’ll be opening up our youth club. When that happens, we’ll build up a wider programme of activities.

How can young people get involved in shaping the new Platform?
The young people who used to come here feel really attached to it, they call it a family, so we need to make sure what we do works for those people, while encouraging new young people to come in.

We run engagement sessions on Tuesdays, 6–9pm, once a fortnight. Young people can come along and tell us what they want the new Platform to be like. We’ve been focusing on recruitment of new staff in recent sessions, so we’ve been talking about what kind of staff the young people want, how they’ll fit in and so on. We did a ‘meet the candidates’ session, where we brought people in and the young people did a kind of Apprentice style “you’re hired, you’re fired” panel to decide on the final two. I wouldn’t have wanted to be on the other end of that! The next part will be about the activities programme. Check the website to find out when they’re running.

What sorts of issues can Platform help young people deal with?
There’s a whole range of issues, but mental health and wellbeing is the number one issue people talk about. It’s always been the case, but the pandemic made things a lot worse: people feel frightened leaving their homes, they feel insecure, they haven’t had the structure of school. Relationships have been impacted. We’re trying to train up more youth workers in Islington with the skills to deal with anxiety and emotional wellbeing, so we can create a pathway to the right services.

We’re also trying to encourage young people from all over Islington to come to Platform as not all young people are confident to travel too far from their own neighbourhood. It’s currently only really used by people in the south and centre of Islington, so we’re inviting youth programmes and services to bring young people here from elsewhere, to see what it’s like to be here so they feel that actually, they belong here too.

What are your hopes for the future of Platform?
What the young people have said they want is to be able to walk into a buzzy campus of activities. The heart of Platform should be a place where you can just be yourself – come in and relax and talk to your peers and your youth worker. From that, there should be a whole range of activities they can access: media, arts and drama, but also things that have nothing to do with that, like boxing, basketball and other sports and activities.

It would be good if there was something within Platform that can meet the needs of young people with specific needs or interests that aren’t served elsewhere. There was an LGBTQ group that was very active here, and they’d like to run sessions three nights a week – a space for young people who identify as LGBTQ to express themselves, be among their peers and have protected conversations in a safe space.

Platform used to be thought of as a bit inward-looking. It needs a bit of a reboot and it needs to be inclusive and representative of the communities around here. A big aspiration of Platform is also to target those communities locally which haven’t been here traditionally – young Somalian men, for example, and Turkish communities. We’d like it to be a place where there’s something for everybody.