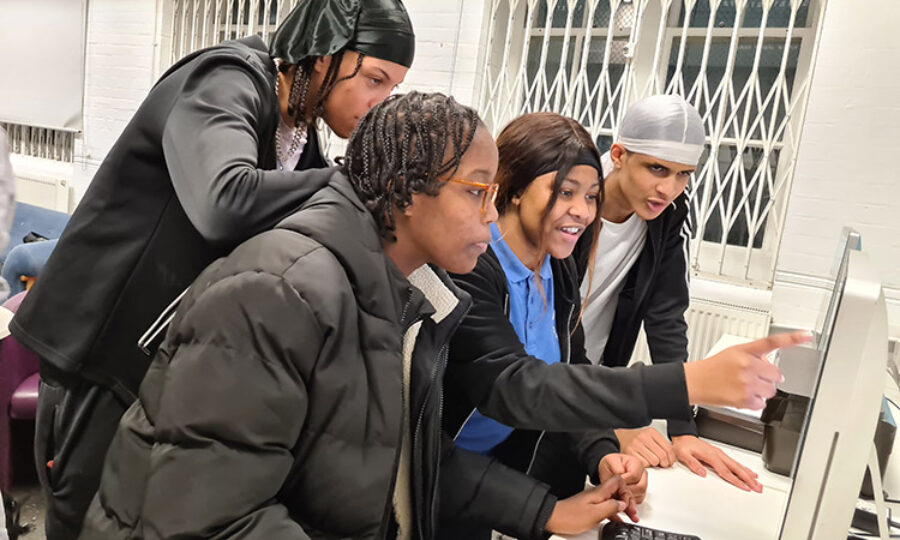 Young people in Islington discuss all things careers: from what’s needed in schools to set you on the right path, to the problem with poor workplace diversity

Created by students from Lift Youth Hub, in conjunction with the council’s three enrichment programmes, 100 Hours World of Work, 11 by 11 and Music Education Islington, the Young Minds podcast series explores the experiences of young people in Islington.

Planned, developed and run by young people, each episode has a different theme: in episode three, the group discussed careers. This blog is a summary of the conversation.

Listen to the full podcast

Which job role or sector would you like to work in?
Amafia: I want to work for Islington Council and be a social worker for kids that aren’t as fortunate as others, because I would understand where they’re coming from. But I want to be a singer on the side or start my own producing company. That would be cool.

Nikos: I’m going to become an accountant when I’m older – just in a bank, then maybe create my own business and move out, probably bring up a couple more franchises outside of London. I want to work in a bank because you’re working with different people – people in finance, the head of the company – and learning about the business. Where can you go wrong?

Precious: I want to be an actress. A really good job would be to teach drama, if I don’t become an actress. Just being in that environment makes me happy.

Ahmed: I want to be an aeronautical engineer. Living in London, I think we need to have a high paid job because it’s so expensive. Houses on Old Street, they start at around a million pounds and a yearly wage is around £50-60,000. But if you’re talking about out of London, like Brighton or Kent, then a 50,000 wage is alright.

Nikos: It might be cheaper to live outside of London but people always come into London to work. You’re still spending money on transport into London and the congestion charges. If you’re not doing anything to do with farm work or looking after animals, London is your best choice.

Husen: I’d like to work in an animation studio like Pixar one day, or somewhere in IT if that doesn’t work out. Maybe work in a youth club like Lift or Platform.

Erin: I want to be an animator and work for Disney, Pixar, DreamWorks, any of them. I don’t know if I want to be a 2D or 3D animator. There’s also Cartoon Saloon, which is in Ireland I believe,

What is the most important thing to you, when choosing a job?
Alex: For me I like to learn new skills. I want to learn as I go in a job.

Nikos: I’m not too fussed about the wages if it’s a job I enjoy. If I meet new people, different customers, they’re going to keep coming to me which means I’m most likely getting more money in my pocket. From that I can build my own company, make more money, not just for me but everyone who’s working for me. Then that means more loyal, happy customers. It’s a win-win situation, good wages, good job.

Husen: The most important thing is writing a good CV. What aspirations do you have? What experience do you have? Or talk about your education. Where did you come from? That’s important for jobs as well. Make sure the employer recognises who you are.

Are there any careers or businesses you definitely wouldn’t go into?
Erin: It’s just personal preference but for me, labour jobs, blue collar jobs – working with the sewage and cables and plumbing, that kind of stuff. There’s nothing wrong with wanting to work with that, I’m just not the most physical person in the world. It wouldn’t suit me.

Ahmed: I wouldn’t want to just sit down at a computer and just do anime or something like that. I’d rather get into the actual work, use tools to fix something.

Amafia: I would go into teaching, but the whole curriculum needs to change. Especially for history and maths, because half of the things they teach us we don’t use in real life. And in history, we didn’t learn about Black people before slavery. What were they doing before all these people came to their country and took them?

Nikos: I can agree, history – you don’t learn anything from that. Some people might become historians or whatever, may even teach history, but apart from learning about a couple of world wars, a couple of miniature wars, or slavery, there’s nothing to it. Mechanics, engineering, that’s still good. You might go to engineering college or you may do an apprenticeship in engineering. That’s still good because you’re learning on the job, you’re getting paid. It just depends on where you want to go in life.

Erin: My schools did teach about Africa before slavery. It should be a compulsory thing not just something teachers tag on if they want.

Why do you think that some job sectors have poor workplace diversity?
Nikos: The whites don’t like a certain skin colour. Why? We don’t know. And I don’t think we would ever know. We could say they’re racist. But there’s a deeper meaning to why. It goes back down through history. It’s just the way of the world. And to be honest, it’s not going to get fixed. In fact, it’s actually going to get worse. An it’s the same thing, why do men get paid more than females?

Alex: It should be equal. Think about it, how is a footballer paid more money than a nurse or a doctor? Or a hospital. That hospital is more important than a footballer. It’s not fair. I want things to be at least equal. Women footballers as well, they’re paid less. It doesn’t make sense.

Nikos: There is a law that says it has to be equal, why hasn’t the government applied it?

Where do you get information about careers?
Alex: On websites. School, parents, family, probably youth club as well. Especially youth club.

Erin: For me it was mostly just the school’s careers advisor. They often take us for a meeting and tell us websites to look at. I still haven’t looked at them.

Nikos: My information about certain careers are through movies. I didn’t know these careers existed, for example literally accounting, I never knew this was an actual career. I saw this in The Great Gatsby, The Wolf of Wall Street. I started doing my research and found out wow, you can get so much with this, open up how ever many businesses you want.

Families and friends also helped, some of them are nurses, doctors, teachers, some are even mechanics. You can look up apprenticeships. Google is your best friend. If you like doing sports, go to sports academies. If you like maths, go into universities that do maths training, go into becoming a teacher or go on to do a professor course. If you want to work with kids, you can become a babysitter if you have to.

Ahmed: Talking about schools, they give you information. A few weeks ago they brought a group of police officers in and we were giving them questions. Youth clubs, the internet. But you should stick with schools, because they’re taught to give you the right information, to get the highest jobs.

Husen: My teacher told me to go to a website called Start Profile. You can put in your favourite interests and all that stuff. So if you guys are 16 or 18, look it up and you can find jobs related to your passion.

Whose advice do you trust the most and why?
Alex: My one is parents, especially my mum. I always trust my mum and sister. All day long. My close friends.

Nikos: Trust the people who are literally the closest people to you, it could be your parents or friends. It could be one of the teachers, they can give you the best advice you could possibly receive.

Ahmed: Everyone has a different type of relationship with their family. I’ll go to my dad, because he’s stayed in this country longer.

Precious: I trust my mum. We’re like best friends. I tell her everything – I tell her most stuff.

Husen: My mum, she’s my role model. She told me how to get jobs. But also trust your careers advisors at school, because they can help you find what you can do as a passion.

At what age should you start learning about jobs?
Ahmed: I think 15, 16, because that’s when you pick your GCSE options. For example, if you’re trying to become an engineer, you would have to go for maths, science – you would have to understand the types of subjects that would lead you to your job.

What would you change to improve careers education in school?
Ahmed: My school doesn’t do job experience at all. If you went to work in a place you want to work when you’re older, you can find out information. What did you study? Where did you go for university? What did you do? How long did it take to get to this stage? I think job experience would really help a lot of people.