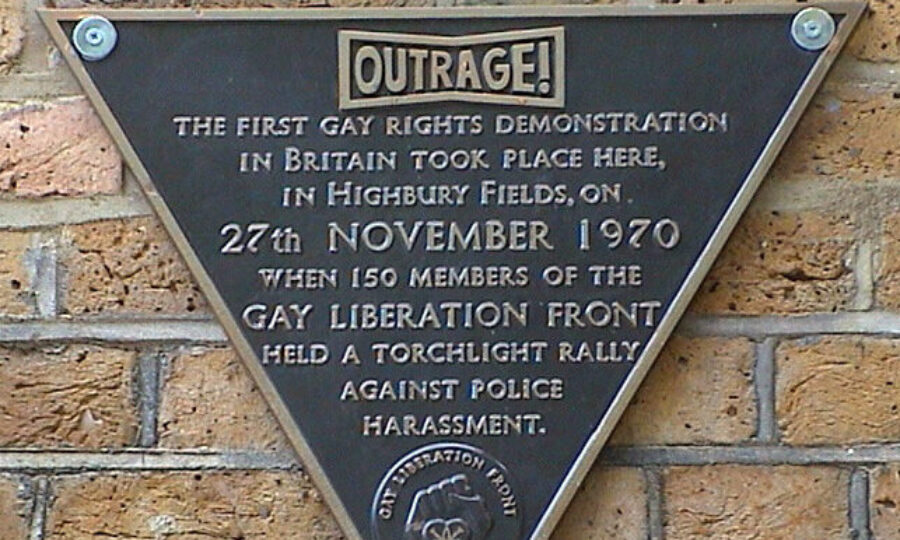 Seán McGovern, Project Manager of Islington’s Pride, tells the history of a monumental moment in British LGBTQ+ heritage, and how one demonstration in Highbury Fields changed the direction of history.

Fifty years ago, on a Friday evening, about 150 defiant members of the Gay Liberation Front (GLF) gathered in Highbury Fields. They were seething, enraged and fed up with the treatment of gay people by the police, in this case, an incident two days before involving a young man named Louis Eakes. Eakes had been arrested for importuning on Highbury Fields, a popular cruising spot at the time.  In contrast to the act of “cottaging” – procuring sex in a public toilet – importuning was a crime a person could be easily charged with. A man who smiled, winked or was just flirtatious with another man could be booked for importuning. Eakes was caught in a sting operation by the police – though Eakes maintained he was merely looking for a light for his cigarette. Eakes was arrested. When word made it to the GLF, the lack of evidence, combined with the sheer volume and frequency of arrests compelled the group to mobilise.

In 1967, homosexuality had been decriminalised for men over the age of 21, for consenting acts in private. As we all know, just because a law changes, doesn’t mean attitudes change overnight. Life in 1970s Britain was extremely hard for LGBT people, and gay men were a particular target of police hostility. The 150 GLF members at this organised demonstration, the first of its kind in Britain, carried candles and torches, held hands and kissed in protest as the police watched the procession take place. The seeds of what we now call Pride began as an act of protest, and while rights have expanded for LGBTQ+ people in Britain, the celebrations we have now must remain an act of defiance. 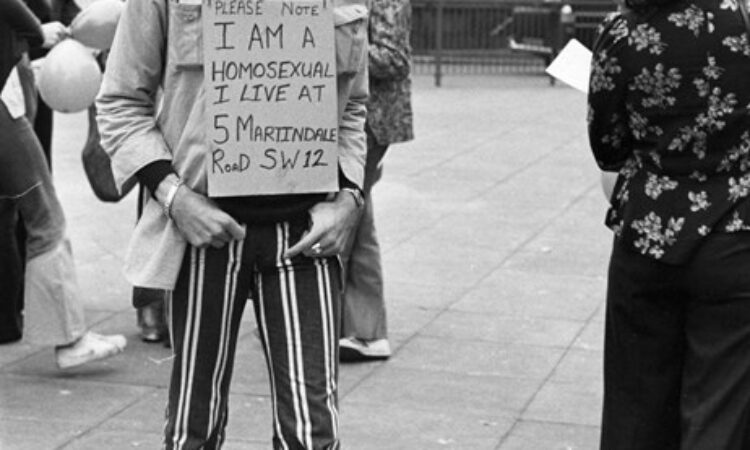 Lisa Power – activist, journalist, co-founder of Stonewall and former-Islingtonian, collected the histories of the GLF in her book ‘No Bath But Plenty of Bubbles – an oral history of the Gay Liberation Front 1970-1973’. Quoted in the book is Stuart Feather who attended the demonstration:

“It was dark and we all wandered round lighting each other’s cigarettes which was the action given in Police evidence against Eakes and then we kissed openly, which was extraordinary. It was an enormous release to be able to kiss and carry on.”

In the 90s, OutRage!, the LGBT resistance group committed to equality through agitation and non-violent direct action, erected a plaque on the toilets of where the infamous Eakes incident took place. The unveiling of the plaque was attended by Chris Smith MP, the first MP to openly come out as gay during his time as office, and Jeremy Corbyn MP, representing both parliamentary seats in Islington.

The plaque remains today, long after the conversion of original toilets, thanks to Terry Stacy, former leader of Islington Council, who rescued the plaque from a skip. It is prominently on display, and many passers-by are informed of Highbury Fields’ important place in LGBTQ+ history thanks to this plaque.

Islington’s Pride knows the importance of plaques – which is why 50 unique, interactive heritage plaques will be going up across the borough in February 2021. Islington, in many ways, is the cradle of the LGBTQ+ rights movement in the UK, in all its diverse, defiant and joyful ways. While we can’t mark the occasion in the way we would like in 2021, we’re ensuring our heritage remains for many years to come.

Go to www.islingtonspride.com to find out more, and @IslingtonsPride on Twitter for more regular updates. Islington’s Pride is a creation of Islington Council’s Heritage Team, and is funded by the National Lottery Heritage Fund. 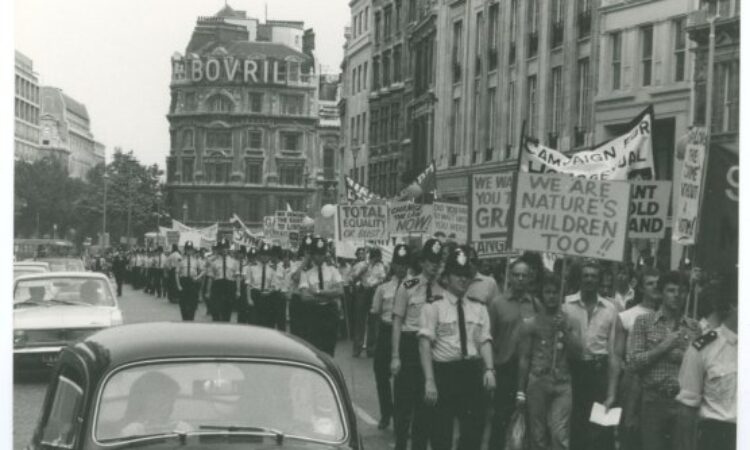