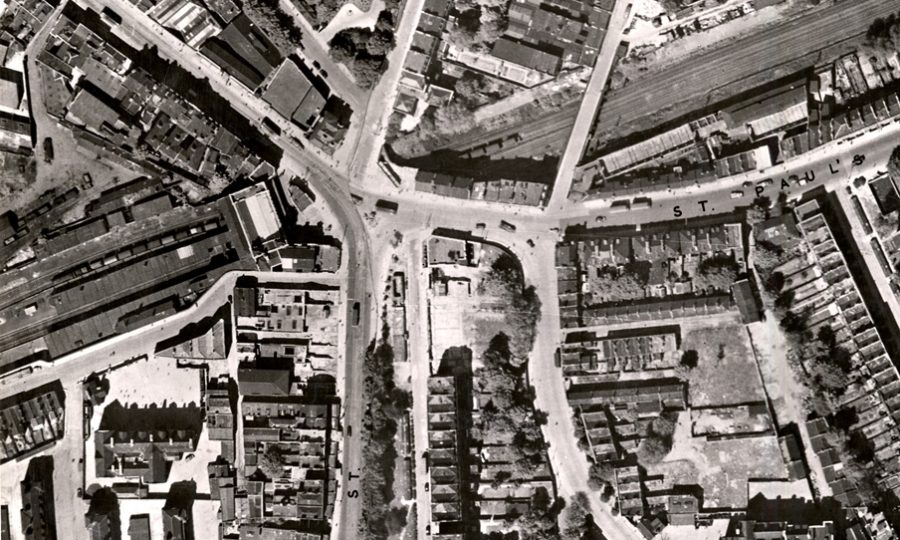 On 27 June 1944, Highbury Corner suffered one of Islington’s most destructive wartime attacks.

At 12.46pm an enemy V-1 flying bomb or ‘Doodle Bug’ dropped on Highbury Corner, near the junction with Compton Terrace. This pilotless rocket, some 25ft in length, travelling at up to 400mph and carrying a 1000kg TNT warhead, killed 28 people, including a four-year-old girl, and injured a further 150.

The first V-1 to hit London landed two weeks earlier on 13 June 1944 at Bow. Islington was also to suffer from this new campaign of ‘Vergeltungwaffe’ or ‘Vengeance weapons’ attacks. The first happened on 18 June in Spencer Street and Wynyatt Street, Finsbury, killing 13 people and injuring 83 more.

An account of the Highbury Corner attack was later recorded by Town Clerk and A.R.P Controller W Eric Adams:

“On Tuesday 27 June 1944 a V-1 flying bomb fell at Highbury Corner during the lunch period and in addition to catching many people in the streets, Highbury and Islington railway station, the Cock Tavern, several shops and houses and a post office were demolished or badly damaged. Thus it was difficult to establish the number of persons missing and the incident continued until 16.30 hours on the following day.

“The buildings in Compton Terrace were of five storeys and produced heavier masses of debris than was usually the case, and before the incident closed, it was necessary to call upon the National Fire Service to provide a turntable fire escape so that Rescue men could fix a hawser to a high party wall (which was dangerously over-hanging the site of the Post Office) in order to demolish it. The Head Fire Guard of North District was seriously injured in the fly-bomb incident at Highbury Corner and was never able to return to duty.

“For work performed on 27 June at this incident, the service received a letter from the daughter of a woman rescued from the debris which contained the following paragraph, ‘I am sure that we should never have had her today if it was not for such men as these.’”

The Highbury Corner attack was one of 42 V-1 and V-2 blasts in the borough that took place from June 1944 to March 1945; the final rocket fell on Smithfield and Farringdon on 8 March killing 129 people with many more injured. In total, these attacks on Islington (including Smithfield) took the lives of 450 people, with over 2,000 injured. The last V-1 and V-2 rockets fell in Kent at the end of March 1945.

We remember the following who lost their lives at Highbury Corner 75 years ago:

May they rest in peace 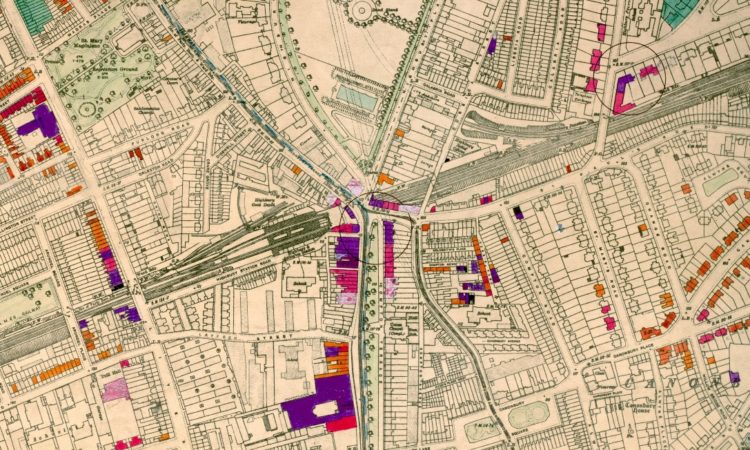