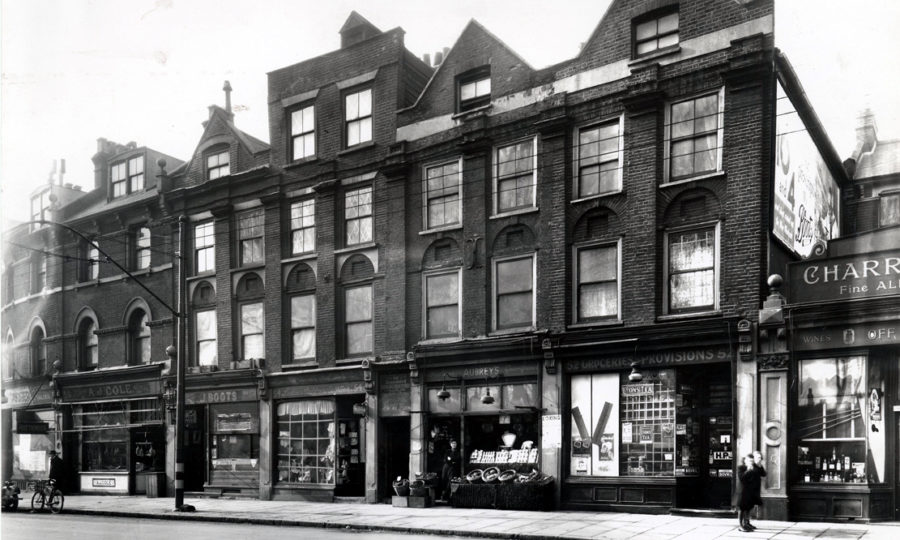 Newington Green
Newington Green is a historic area of Islington, known for its association with Henry VIII, who had a hunting lodge there. With Sir Walter Mildmay, the Chancellor of the Exchequer under Elizabeth I, who owned an extensive estate in the area, King Henry’s Walk and Mildmay Park are street names which preserve this history. Balls Pond Road is named after a pub where bull baiting took place.

Newington Green is well known for its links with nonconformist ministers in the 17th and 18th centuries. The area was far enough from the City to allow unlicensed preachers to practice, and dissenting academies operated, whose pupils included Daniel Defoe, author of ‘Robinson Crusoe’. The Newington Green Unitarian Church (1708) is the most important reminder of this period and is still in use today. Its most famous minister was Richard Price whose circle, during the 1750s, included the scientist Joseph Priestley, the philosopher David Hume and several founders of the independent United States of America.

Drawn by its free-thinking reputation, the early feminist Mary Wollstonecraft set up a school on the Green in 1784. Famous for publishing ‘A Vindication of the Rights of Women’ in 1792, she was the mother of Mary Shelley, author of ‘Frankenstein’. She is remembered by a plaque on Newington Green Primary School. By the end of the 1700s the area was rapidly developing and suburban villas spread throughout the 19th Century, particularly after the opening of the North London Railway in 1850.

Read about the Poet’s Road synagogue from 1875