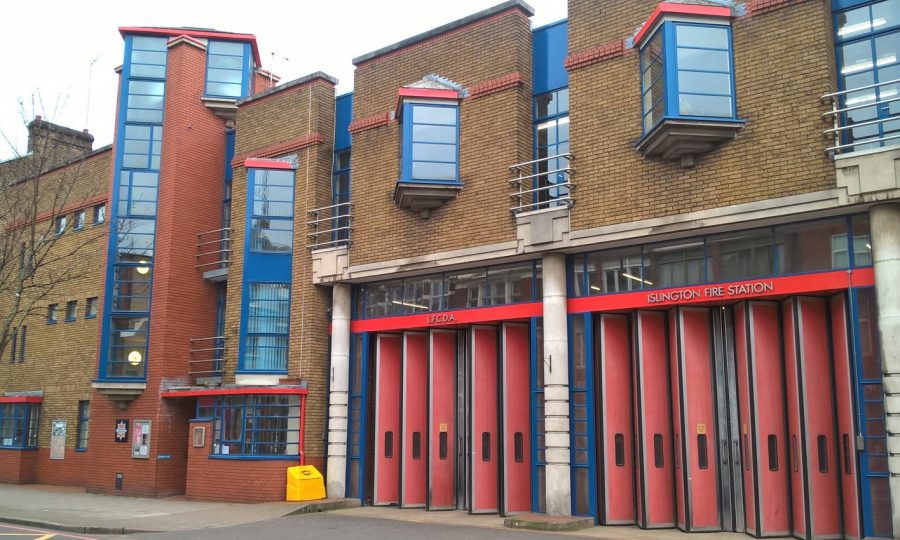 In 1904, the Brigade was renamed the London Fire Brigade which it remains known as today.
The first Islington fire station was built in 1899. It was crewed by one station officer and 19 firemen – as they were then known – two coachmen and two pairs of horses. The appliances at the time were one steam fire engine, one horse drawn escape ladder, one manual escape ladder and one horse cart.

In 1990, the station originally built to cater for Victorian demands was demolished and a new station began to rise on the site of the old one. The 52 firefighters and officers continued to answer 999 calls from the site using portable accommodation while the new station grew around it.

Islington Fire Station on Upper Street was completed in 1993 and firefighters have worked from this site ever since. Prior to the station rebuilding, firefighters worked from Essex Road.
Holloway Fire Station was based in Seven Sisters Road in the early 1900s before moving to its current home in Hornsey Road.

Firefighters from the borough attend numerous incidents every day and crews were among the 250 firefighters who attended the tragic Grenfell Tower fire in June 2017. In 2017 crews from Islington attended over 3,800 incidents.

Among the high profile incidents in the borough in recent years, crews dealt with a large burst water main on Upper Street in December 2016. Flood water reached up to two metres in some basement properties and firefighters worked hard to pump the water out and lead residents to safety.