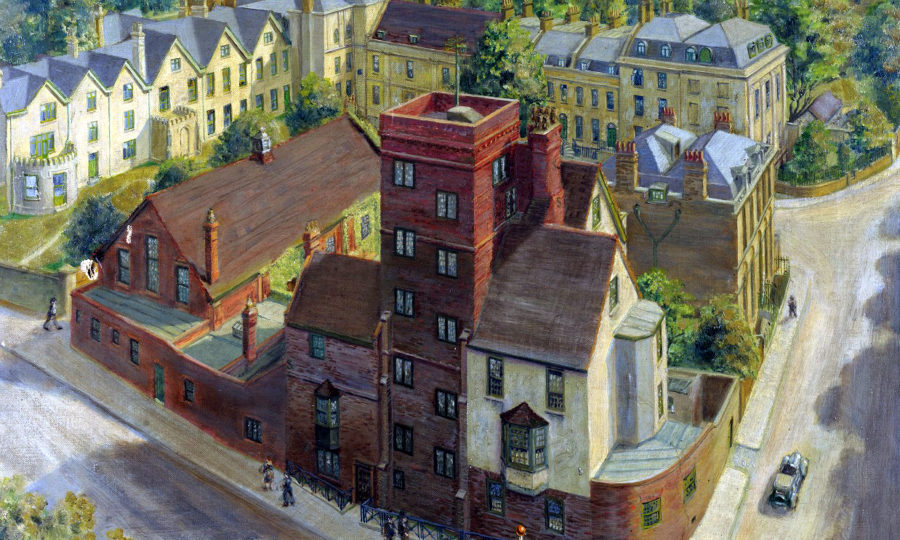 For centuries, the historical village of Islington was comprised of the districts and roads around Islington Green, including Canonbury, Essex Road (until 1862 Lower Road) and Upper Street.

Midway between the triangular green and the district of Canonbury stands St Mary’s Parish Church. The current building was consecrated in 1754, but of the Georgian church only the tower survives. The rest was rebuilt after war damage, not following the original plan. However there has been a church on the site since the 14th Century, possibly earlier. The A1 Upper Street has played an important role in the development of Islington. It was an important resting place for livestock heading to Smithfield Market and, as a result, shops, taverns and places of entertainment gradually appeared.

A statue of Sir Hugh Myddelton, who created the New River in 1613 that passed through the borough, can be seen at Islington Green. The open space also features a war memorial and just outside its perimeter once stood the famous Collins’s Music Hall – Waterstones book shop now occupies the site. Other notable buildings near to the Green include the Business Design Centre (formerly the Royal Agricultural Hall) and the King’s Head Theatre pub. Among former residents are writers Charles Lamb, Joe Orton and Douglas Adams, as well as music hall and film star Gracie Fields.

Canonbury is one of Islington’s oldest, inhabited locations with its creation in 1253, when the manor was made over to the Canons of the Priory of St Bartholomew. These were given a large estate in Islington by Ralph de Berners. It became known as the Canon’s Burgh (estate or home) and later Canonbury.

Canonbury Tower dates back to the early 16th Century. Early owners were Thomas Cromwell, Anne of Cleves and the Spencer and Compton families, including the first Earl (or Marquis) of Northampton. The present day Marquis continues to own the property. Writers Oliver Goldsmith and Washington Irving have been amongst tenants of the tower. During the 20th Century, Canonbury Tower and House became a community centre and then home to the Tavistock Theatre Company (then known as the Tower Theatre) for 50 years until 2003.

In 1735 Canonbury Tavern was established as a small house with a bowling green and tea gardens. This was later rebuilt in 1846. Canonbury Square was first occupied in 1826 and was once home to the areas’ other notable residents including Sadler’s Wells actor-manager Samuel Phelps and writers Evelyn Waugh and George Orwell.