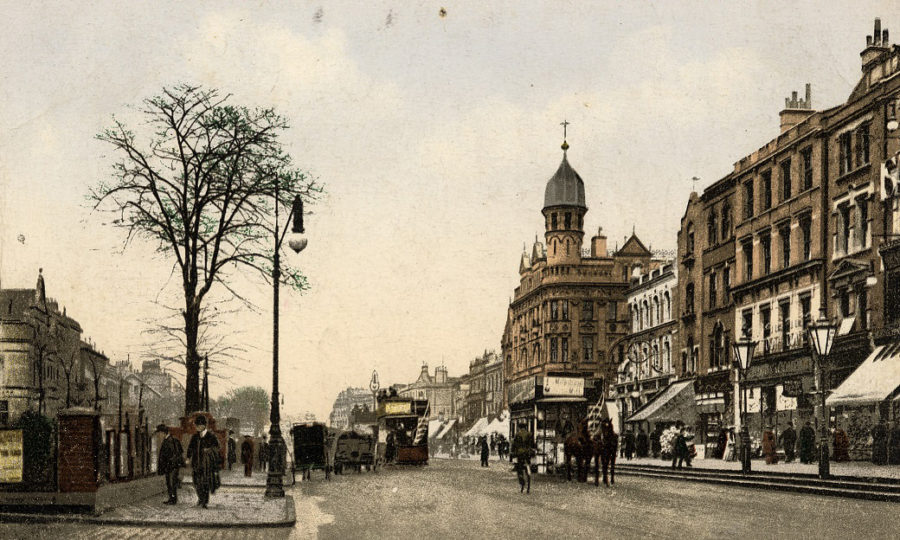 Holloway
The name Holloway appears by the 15th Century and refers to a sunken or ‘hollow’ highway, hence ‘Upper’ and ‘Lower’ hamlets on its route. Villas and cottages appear during the early 1800s, intersected by busy link roads and later the railways, as well as further streets, houses and retail businesses. The famous artist and poet Edward Lear was born at Bowman’s Lodge, the site of an Elizabethan ‘archery’ house, by Seven Sisters Road in 1812.

The A1 Holloway Road, extending between Highbury Corner and Archway was always an important route in to and from London, linking the city with the Great North Road. In 1384 Edward III first licensed tolls for gravelling the highway. In 1717, the ‘hollow way’ was turnpiked under the 1717 Act, with a gate near its junction with Back (Liverpool) Road at Ring Cross, once a site of execution. It was extensively used for centuries by drovers, bringing livestock to Smithfield Market for the north of England and Scotland.
By the early 1900s Holloway had become a busy shopping area, with a mix of large department stores, Beales (1829), Jones Brothers (1867) and James Selby’s (1896). The last is the only survivor. Notable buildings in Holloway include St Mary Magdalene Church (1811), St John’s Church (1826-28), Holloway Prison (1852, rebuilt in 1971-83), Islington Central Library (1906) and Holloway Odeon (1938).

In the 21st Century, Holloway is home to a very multicultural population and is one of the most densely populated areas of London. Its residents include artists, journalists, writers and professionals working in film and television. The area also known as a hotspot for many of London’s graffiti artists.